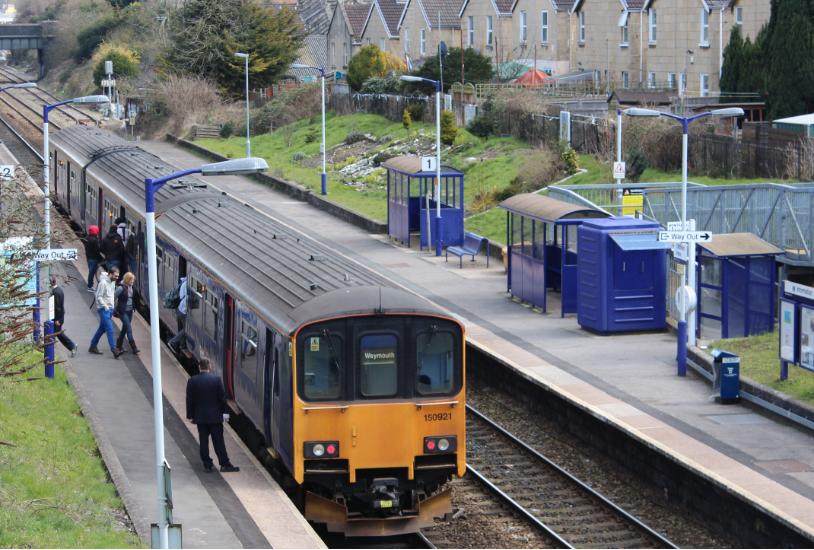 Next week, the Council’s Cabinet is due to approve business case funding for the Metro West project. This is a joint project with the other West of England Authorities, which aims to provide enhanced local rail services for the West of England.

In our area this would mean more local services calling at Oldfield Park and Bath Spa. Taking the Metro West project forward could lead to a half hourly service at our local train stations. At Oldfield Park this would mean double the current number of trains. This would be a real benefit to those living and working in the West of Bath – making it easier to travel and helping to reduce road congestion and pollution.

Councillor Will Sandry said “Anything we can do to increase the number of train services to and from Oldfield Park is a benefit to our communitiy and will help protect the future of the Station, and the success of Moorland Road shopping area.” 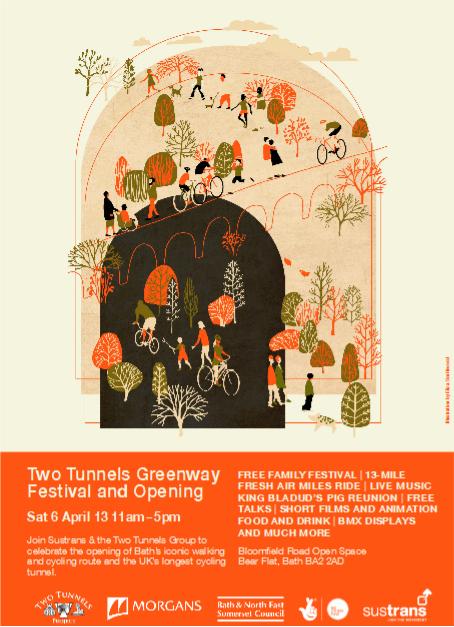 Running from East Twerton to Bloomfield it cuts through Oldfield Park and the Moorfields Estate, but unites the community around it. Living in the most densely populated part of Bath, this has been the little strip of countryside on our doorstep since the 1970’s – but what has the Two Tunnels project done for us?

We have lost and we have gained

The major loss for me is the rural feel, the tranquil, and slightly muddy in places; slightly overgrown route now feels a lot more urban with the tarmac path – it’s a lot harder to get away from the City.

This loss is outweighed by the gains. We now have a traffic free park thanks to the reinstatement of the bridges over Monksdale Road and Dartmouth Avenue, we also have much greater accessibility for wheelchair and push chair users and cyclists. From next Saturday of course, it will be a lot easier to get away from the City with an almost level, traffic free short cut to the real countryside; the beautiful green belt to the south of Bath, and the national cycle network.

Whilst welcoming the Two Tunnels Project and the benefits that it has brought us, I perceive the Linear Park section of the Greenway will be the most used. Whilst this is fantastic, it also has the potential to cause conflict between the different users and their different needs and expectations.  For some it will just be a small part of the Two Tunnels Greenway route, for others it will be the Linear Park.

So whatever brings you to the Linear Park and, as is custom in all parks, please do consider the needs of the other park users.

Finally, I would like to express my admiration for the dedicated work of the Two Tunnels Group. What they have achieved is amazing and even a little magical. Looking outside the confines of the Linear Park, “the idea in a pub” is going to be for the long term benefit of our communities – both inside and outside Bath. 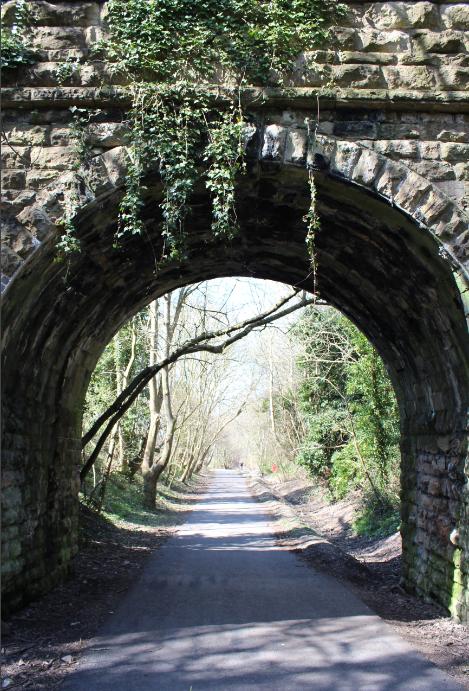 The most impressive (and traffic free) gateway to Oldfield Park!

In bad weather please check out these links for advice and local information:

Please call on elderly or vulnerable neighbours to check whether they need any help with snow clearing , shopping or collecting medication. Elderly and vulnerable people are eligible for a free home warmth check from the Council.

In the event it is not possible for the household waste and recycling collection to take place, please take your bins off the pavement (so they don’t cause an obstruction). Store them and put them out for next week’s collection.

Any campus closures will be announced on the websites of City of Bath College; The University of Bath; and Bath Spa University. 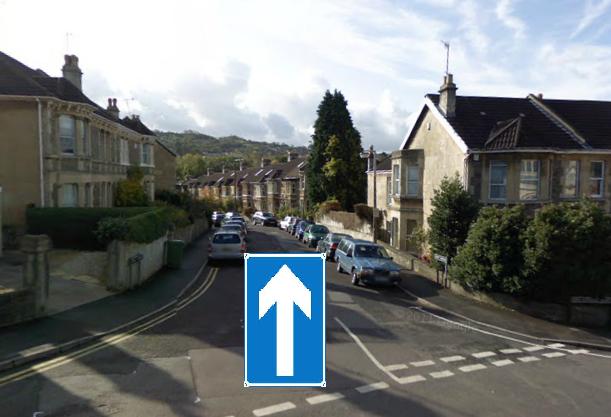 From January 7th 2013, First Avenue will be one way (towards St. John’s School) on a temporary basis.

Late last year essential gas main replacement work in King Edward Road meant an increase in traffic on First Avenue which resulted in damage to a number of parked vehicles.

Following a number of representations from residents of First Avenue, Cllr Will Sandry has worked with B&NES Council’s Highways team and Wales and West Utilities to make First Avenue one way for the second phase of the works which start on 7th January and will last about 7 weeks.

Will said: “I am pleased that Wales and West has been so responsive to the community. A number of residents of First Avenue believe that a one way system should be permanent so this temporary scheme will provide a good test of that idea.”

The roadworks will involve both closures and partial closures of Oldfield Road between King Edward Road and Bloomfield Road. Wales and West’s information leaflet about the works is available here: WWU Oldfield Park Bath Newsletter 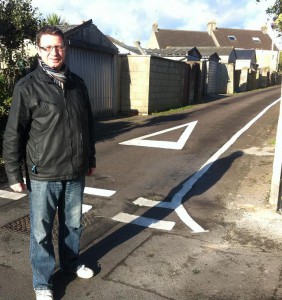 We are very pleased to announce that a “Give Way” has been added to Oldfield Lane at its junction with Walnut Drive and that a “false pavement” has been painted to improve safety for pedestrians and drivers on this narrow road.

Cllr David Dixon who developed the improvement in conjunction with the Council’s Highways officers said: “A pedestrian improvement here was a clear community priority. I was pleased to have been able to use some of my Ward Councillor’s Initiative funding to make this simple but effective improvement.”

For the past six months we have been running a passive straw poll on our website about introducing a residents’ parking scheme in Oldfield Park.

So far, 64% of respondents have said they don’t want a residents’ parking scheme.

Whatever your opinion, have you had your say yet?

Please check out our parking page for more information and complete the Survey on the right side of our website.

Traffic, Speeding and Two Tunnels Project to be discussed at local meeting.

The next community meeting is this Wednesday 22nd August at 18:30 at St. Alphege’s Parish Hall, Oldfield Lane. Members of the Two tunnels Project will be coming to tell us more about the route and the safety

At the last meeeting Apirl the priorities were:

1) Speeding and traffic issues on Monksdale Road (traffic issues in terms of council looking to put traffic calming measures in).

2) Sustrans cycle scheme to come and discuss safety issues with new cycle route at next meeting. Eg. Concerns about the safety of having tunnels, will they be lit, will they be policed etc.

If you can’t make the meeting please email us with any commnets you would like raised.

Tweet
The Council has launched its major parking survey and most households and businesses in Bath (except Combe Down and Odd Down) should have received a letter in the post. The information is also on the Council’s Website.

This survey’s purpose is to understand how the parking available can be best managed as the Council’s vision is for 5,700 new jobs and 6,000 new homes across the city (including the Western Riverside) by 2026.

Parking (and parking schemes) are an emotive subject for many people and resident’s opinions differ individually and on a street by street basis. For residents and businesses in Oldfield Ward we have prepared a Parking Information page. Click on this link or the tab in the page top bar.

Cllr Will Sandry said: “This is a genuine consultation and it is vitally important that the community responds to the survey. The Council will be making decisions about parking and parking schemes based on the responses received.” 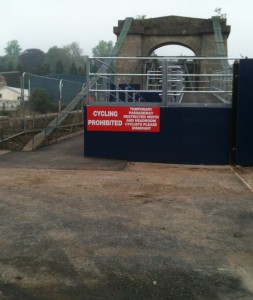 Victoria bridge is due to re-open late on Monday afternoon. This is great news for the whole community in Bath and will make it even easier for people from Oldfield Park to take part in the World Record attempt on Tuesday in Victoria Park.

The temporary bridge structure has a restricted width and is for pedestrian and wheelchair use only. Cyclists are asked to dismount and walk their bike over the bridge.

Unfortunately the bridge will have to be closed again later in the year so that the final restoration of the bridge can take place. The Council is due to make a decision on how this will happen later in the summer.

It’s still not too late to register to become a World Record holder and be one of 5000 people needed to form the Olympic rings in front of the Royal Cresent at about lunchtime on Tuesday 22nd May. Click here to sign up. 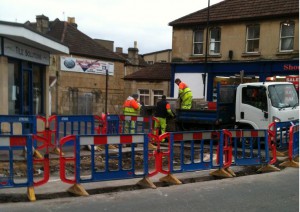 Some residents will have noticed there has been a slowdown in getting the pavements completed.

This is because it’s the same team who do overnight gritting of our road network during freezing weather. So essentially they have been doing that rather than finishing the pavements.

Two new drains are due to be installed on 6th and 7th February during the daytime, but the pavement resurfacing won’t be completed until the weather is warmer.

Our thanks to the highways team who a work very hard to keep our road network running in this severe weather and we look forward to seeing them back to finish the pavements when it warms up.

Don’t forget that a pedestrian crossing is due to be installed across Livingstone Road before the end of March.